Home - FENCING: THE SPORT - What is Fencing? 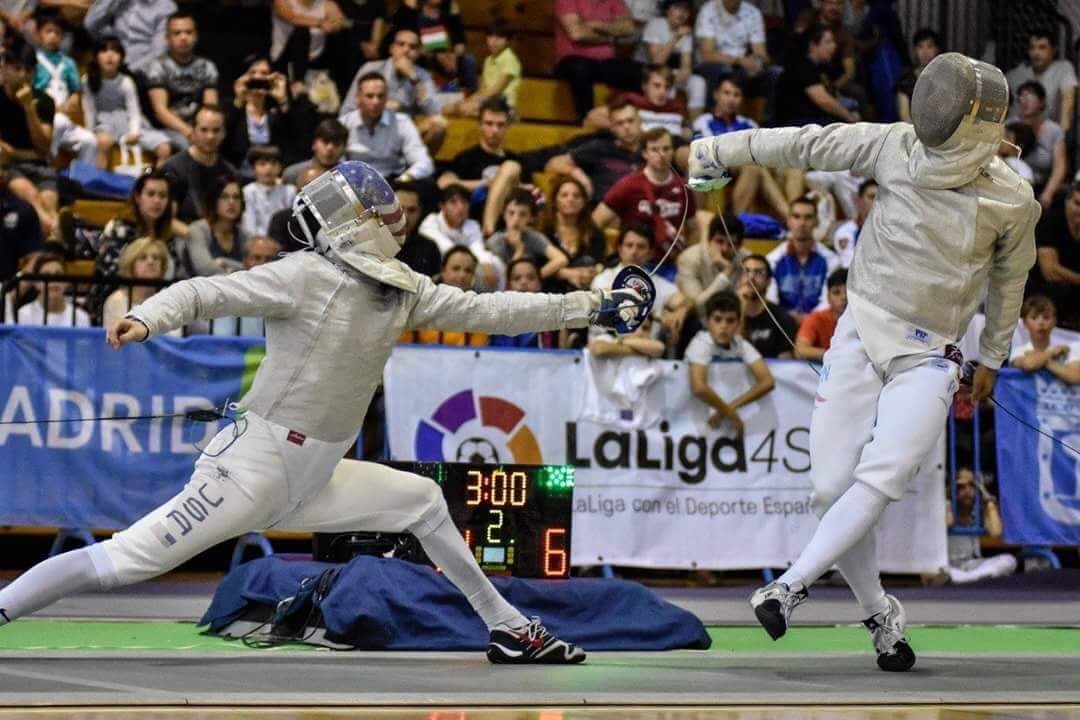 Few people in the United States are familiar with “the noble science of defense,” as we sometimes refer to the art of fencing. And of those who are, most have only glimpsed it in theatrical form, through movies like Star Wars, The Three Musketeers, Zorro, and Princess Bride. Fencing is a physical and tactical challenge between two opponents. Using replica swords – the foil, epee and saber – fencers try to score points by hitting one another while moving back and forth on an area called a piste. Modern fencing is a sport in which men and women, and adults and children, can excel. It is a dynamic, evolving martial art with a five thousand-year history behind it.

Fencing was one of the original nine sports in the inaugural modern Olympic Games played in Athens, Greece in 1896. It is one of only four sports that have been featured at every single Olympic competition since 1896.

The Olympic sport of fencing, also known as a “physical game of chess,” provides a well-rounded form of mental and physical exercise essential for total health and wellness. When practiced by children during their developing years, fencing has been shown to increase executive function including focus, suppression of impulsive reactions, and mental manipulation of ideas. It is also a fast-paced game and a great way to burn calories and stay in shape generally.

In short, fencing combines the athleticism of tennis, soccer or basketball with the discipline of a martial art. Today, fencers of all ages compete at the local, national, and international levels.

Fencing is commonly considered a sport, an art, a military science, and a means of upbringing. Fencing has been a part of upbringing in royal, prominent, and aristocratic families in Europe for centuries. As a sport, it stands out from the rest thanks to its aesthetic nature, romanticism, and a colorful and rich culture that dates back millennia. Fencing is a professional sport in Europe and widely popular in the United States.

Once you discover fencing, you realize that it engulfs you fully and is impossible to part with – it remains with you forever.