At WCFA we take tremendous pride in our outstanding coaching staff. WCFA’s have coaches competed in and coached fencing across the US and all around the world. WCFA’s coaches are determined to teach our students the wonderful sport of fencing at the highest possible level. WCFA has coaches for all skill types and weapons. 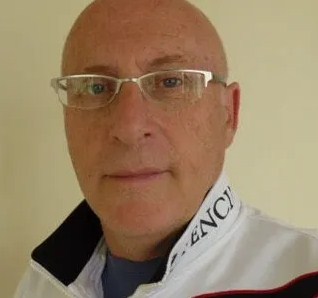 Coach Gherman started fencing in 1975 in Odessa, Ukraine. He earned many top finishes in Junior, collegiate (NCAA), senior US National Championships and North American Cups (NAC) events. He participated in both 1989 and 1991 Olympic Festivals as a member of the Olympic Squad (top 20 in the nation).

He graduated from California State University, Northridge, where he was a member of the saber fencing team that won Southern California and Western Region Collegiate Championships.

Gherman is passionate about fencing and has been a volunteer saber coach in San Fernando Valley for many years. His love of fencing radiates to his students through their competition success with Gold medals and many top 8 finishes in Y10, Y12 and Y14 at regional, sectional and national fencing events, including US National Fencing Championships.

Nick came to the United States in April 2017 after completing a successful, competitive sports career as a saber fencer. He is a 3-time Olympian and holds a Bronze medal from the 2012 London Olympic Games. Coach Nick also holds Gold medals in 5 World and European Championships.
He graduated in 2011 with a Master’s Degree from the National State University of Physical Education in Saint-Petersburg. Beginning in 2002, he was a consistent National fencing team member for Russia. Nick holds more than 23 years of fencing experience and was trained by many of the best National and European saber coaches.
He brings his experience, unique style and competitive winning attitude to his coaching lessons for West Coast Fencing Academy students. His love of fencing and his passion for teaching are always present in the Club. He is proud of his student’s results that show in medals like a Gold at 2018 US National Championships in Y12 saber, numerous top 8 finishing medals in Cadet, Junior, Y12 and Y14 at US National Championships, North American Cups (NAC), Regional and Sectional Youth Circuits (RYC & SYC) and other regional and national events.
His mission is for West Coast Fencing Academy fencers to succeed in the sport of fencing while having fun in the accomplishments!